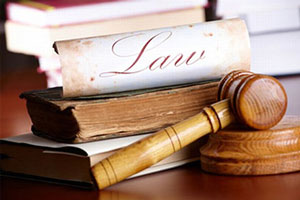 Well I’ve been on my soapbox about the 9-5 culture that we have here in the U.K and now I would like to air my grievance on something else I feel passionate about which is Law and the National curriculum.

I was educated, and I use that word loosely, in a comprehensive school in England of which I was released in 1992.  I then attended the university of life for approximately 20 years before embarking on a Law Degree with the Open University as a mature student when I fell pregnant with my daughter knowing that I would be a single mum.  Now with a strong work ethos and a debilitatingly difficult financial history I embarked on the Law Degree so that I could take responsibility, improve my prospects and provide for my daughter a life of knowledge, wisdom and security.

That was the plan, as I worked through each module relentlessly each night when my daughter was asleep I learned so much about how the country I live in is governed, what rights we have as employees, what responsibilities we have as employers, company directors, as parents.  I learned about property law, nuiscance, what constitutes assault, trusts, wills, mortgages, by-laws, rules, negligence, secondary participation in crimes, legal personality, FREEDOM, mortgages and various liabilities amongst many other things.

I have recently completed my studies (hence having the time now to Blog) and it has left me with one feeling and one feeling only.  Why the bloody hell wasn’t I taught all that in school… now I have long left the blame game (as per my book see link below) but my prospects would have been so much better had I been properly equipped at a young age to understand all that you need to understand contained within a Law Degree.  Why Why oh Why is this not taught to everybody as a basic human right.   The National curriculum in England framework gives that and I quote:

Every state-funded school must offer a curriculum which is balanced and broadly based* and which:

So why on earth, are the Government who administers the curriculum not ensuring that each and every member of society is properly equipped for the opportunities, responsibilites and experiences of later life.  Now I appreciate that certain aspects such as defences are not taught for obvious reasons but we are governed by law in every aspect of our lives and ignorance of the law is no defence! Yet we are educated to be ignorant to the law.  Okay some may have been privvy to an education that covered law but surely that is giving an unfair disadvantage to the majority of society, what chance to people have when they are kept in the dark….

I will elaborate later on, this is a taster of the grievance, of which others have a right I will fight for…

My Book – Finding Happiness and Freeing Your Spirit